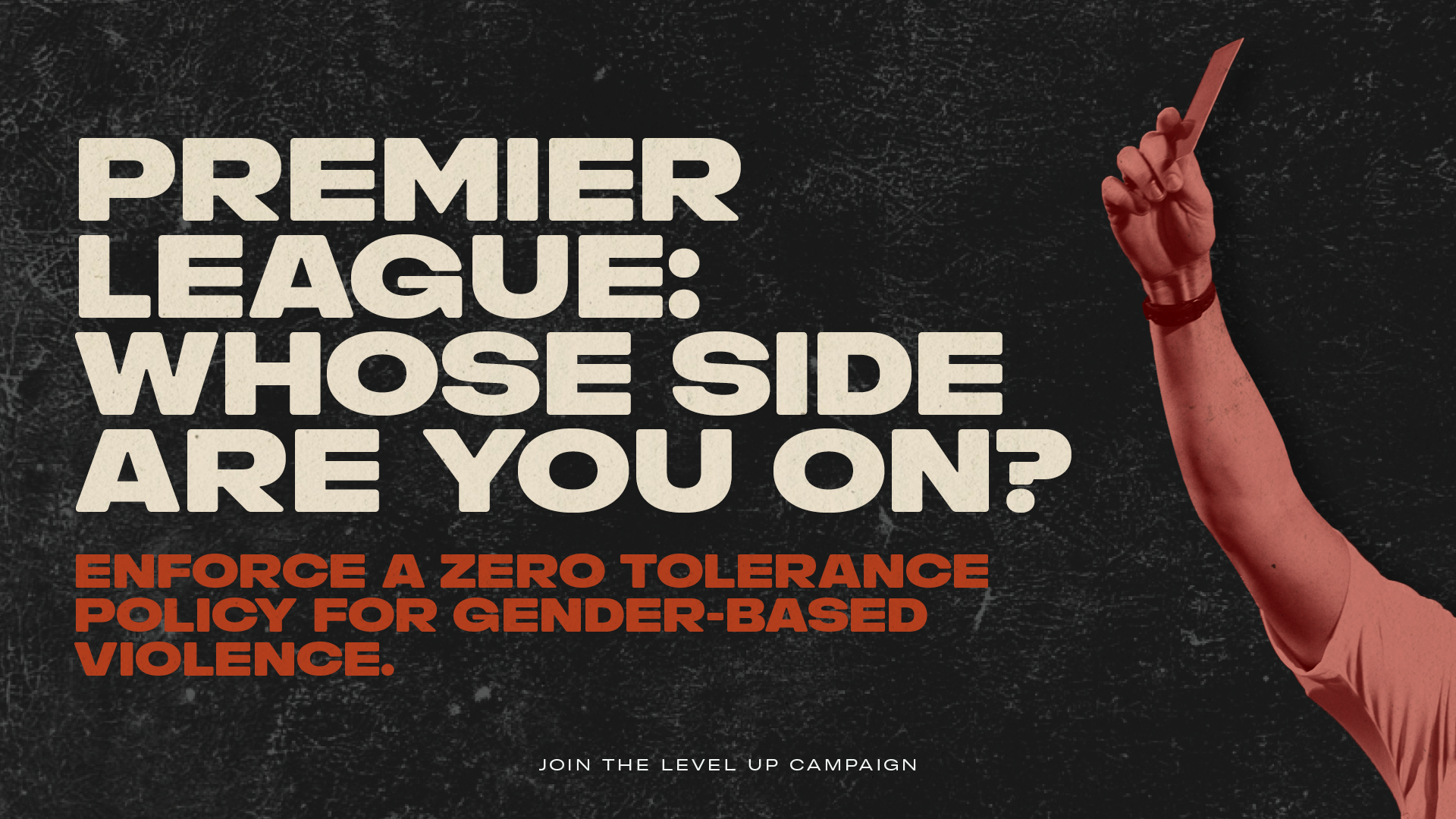 Over the past year, several players from different clubs have been charged with sexual violence. There is no process for how these cases are dealt with, and no recognition of the culture that contributes to gender-based violence.

It's time for the Premier League and the Football Association to break the silence, take accountability and change the culture on gender-based violence in football, and enforce a policy for players who are suspected of causing harm.

As long as the Premier League protects players, this culture of impunity will persist.

Cases of football players suspected with sexual assault are repeatedly breaking in the press. It's time for the Premier League and Football Association to implement a gender-based violence policy that:
Takes an absolute stand against domestic violence, sexual violence and child sexual abuse.
Imposes mandatory, annual trainings to all players on gender-based violence including consent, violence and coercive control.
Appoints a commissioner to investigate and take action on cases where players are suspected of abuse.
Imposes appropriate consequences and disciplinary action on players.
Players who are suspected of gender-based violence must face consequences. In the US, Major Baseball League and NFL have publicly accessible policies, where players found guilty of domestic abuse, sexual violence or child abuse can be suspended without pay, or banned for life.

Right now, the Premier League does not have any policies, disciplinary procedures or investigation processes, for players who are accused of gender-based violence. The Premier League and the Football Association need to put a process in place that oversees all its clubs.

admin
Started this petition 10 months ago

I am signing because, as an arsenal fan, I don’t want the club to stand by someone accused of rape.

I am against sexual violence

What point is trying to be made by referencing the MLB and NFL policies? It literally says in writing “where players found guilty,” but that’s not what the letter is asking for.

The culture in football has to change. We should be protecting the victims not the perpetrators

I am signing because football needs to kick out rapists

As a fourth-generation Arsenal fan, I am ashamed at the way we have dealt with Thomas Partey thus far. We need more transparency and more action.

As a human being who has watched a sexual assault court case involving a loved one in a courtroom and witnessed the incompetency of the police force, inhumane approach of the lawyers, abhorrent treatment of victim, and the hopelessness of the outcome, I have learned to not trust the current legal system to arrive at the right outcome alone.

More action is required: the legal system needs wholesale changes, the relationship between the law and the workplace in sexual abuse/assault/harassment cases needs to change, we need to recognise the disproportionate fail rate in such cases, and push change within the treatment of victims, perpetrators and cases full stop.

Petition to
Abortion is Healthcare

Did you know abortion is illegal in England, Scotland and Wales? Contrary to ...